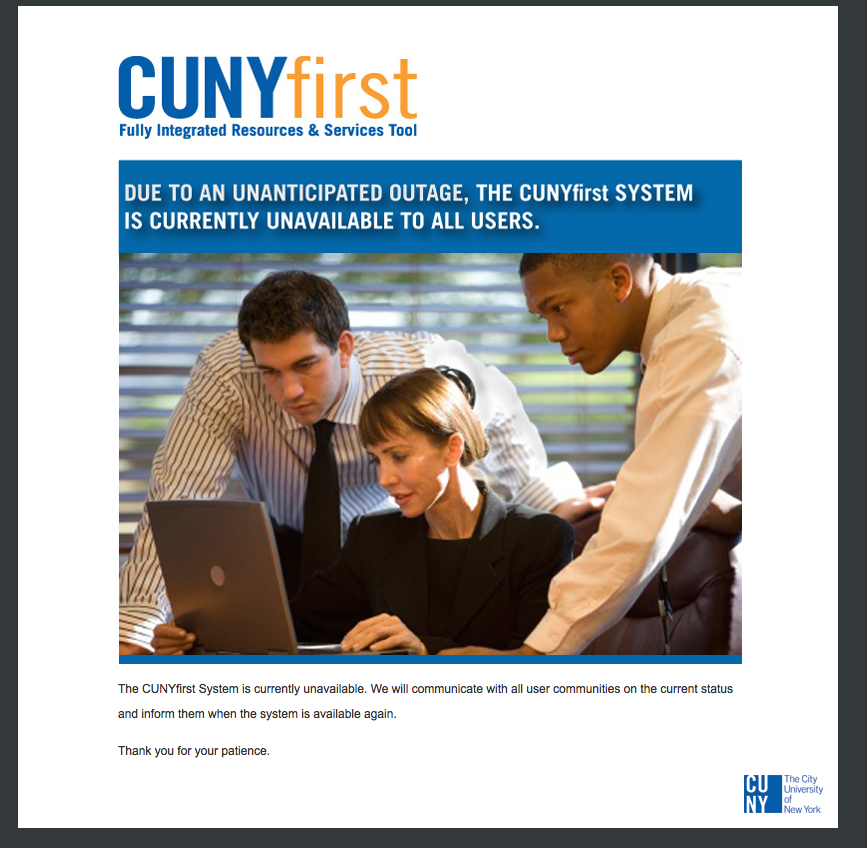 It’s the first day of the semester and once again CUNYFirst is down. (For the second day in a row). Since I am constantly hearing that CUNYFirst cost around $1Billion to fully implement… I must ask faculty and staff: “What would YOU have spent $1Billion on within CUNY if you had the opportunity?

I am pleased to announce the first episode of CUNYTECH A+ 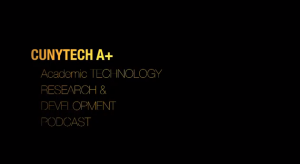 A+ is the new monthly academic technology podcast hosted by the Skunkworks: Academic Technology Research and Development Group. Skunkworks will be brining you monthly podcasts that focus on academic technology at CUNY and beyond. Episode 1 (April 2013) is a general introduction. The second episode will air May 2013 and will focus on use of the Blackboard LMS.

*** A special thanks to the John Jay College AVS Team. Without them this production would not be possible *** 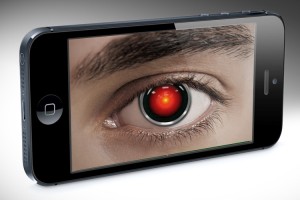 This is a recent lecture I gave, entitled “Mobile Devices: Investigations, Privacy and Policy.” It does not deal directly with academic technology, but with mobile device privacy. As more and more of higher education gets delivered digitally, it is important to protect students’ identities and retain their privacy. This lecture educates the viewer on important privacy and legal issues relating to mobile devices and the use of mobile device applications. Not only is it useful for individuals to learn about how to protect their privacy on their mobile devices, but many of these issues should be taken into consideration when designing online courses and educational web applications.

Please leave comments in the section below. I an curious as to people’s opinions on this topic.

The 90-Second Academic Technology Update: How to Connect a Macbook Air or Macbook Pro to an Overhead Projector 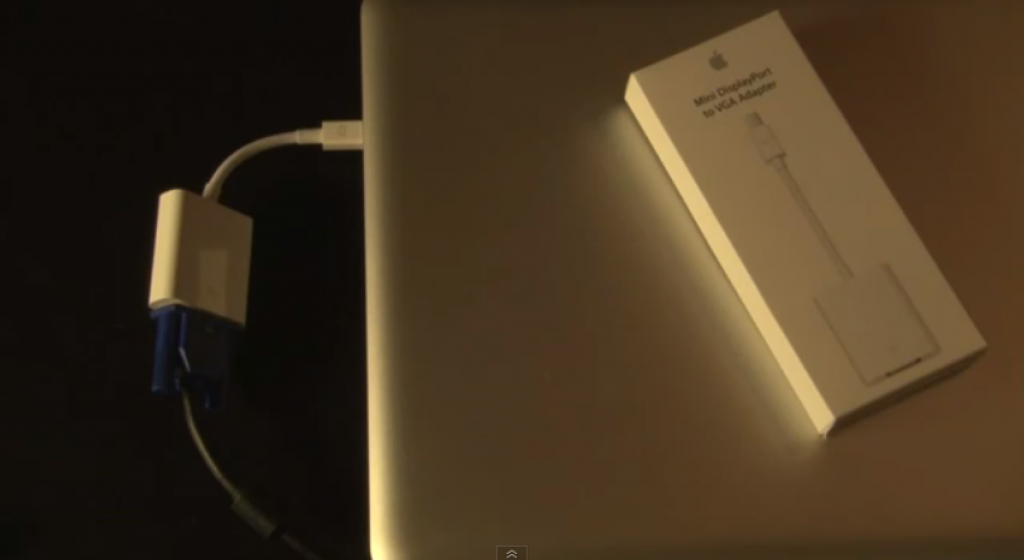 I am devoting my second “90-Second Academic Technology Update” podcast to a basic but important question I get asked all the time: How does a professor hookup a Macbook to an overhead projector? What adaptor is needed? Where can they get one? Are there any OS X software options that need configuration?

My name is Adam S. Wandt and I am coming to you from John Jay College of Criminal Justice where I serve as a faculty member and Deputy Chair for Academic Technology in the Department of Public Management.  I am also a Research Associate with the Center for Cybercrime Studies, and Chair of the CUNY SkunkWorks academic technology research and development group.

I am here to speak out against all forms of Internet censorship, including the Stop Online Piracy Act and the Protect IP Act, both currently pending before Congress.

An open and uncensored Internet is essential to promote and protect democracy.  From citizen advocacy, to increased government transparency, to informed decision making, citizens, NGO’s, politicians and the oppressed are employing Internet-based technologies to enhance communications, protect and spread democracy, and allow people in oppressive regimes to organize, communicate, collaborate and overcome adversity.

While online piracy is a problem, I am a firm believer that legislation is not the answer.  It will ultimately fail while costing Americans hundreds of millions of tax dollars.  We should be considering a constitutional amendment to protect unrestricted access to the Internet, not debating legislation to censor it.

We must find alternative means to protect intellectual property while ensuring profitability for authors and artists, publishers and producers, and corporations alike.  The solutions will not come easily and require rethinking and redefining how we deal with intellectual property.

After years of the RIAA (Recording Industry Association of America) failing to protect the music industry with litigation and legislation, the solution came from the technology sector, not Congress or the courts.

Starting In 2001, millions of people around the world who were illegally downloading music on a regular basis, switched to iTunes and started paying for their music because it was safe, affordable and easier than illegal downloading.  In 2010, just nine years later, Apple hit their 10 billionth iTunes sale.  Today, Apple is the most valuable technology company in the world with well over 100 billion dollars in annual revenue.

It is this type of thinking that is needed to protect both the Internet and intellectual property going forward.  I call on members of Congress and the the public-at-large to consider this message carefully to ensure a bright, open and profitable future for America.

Computers and the Elderly 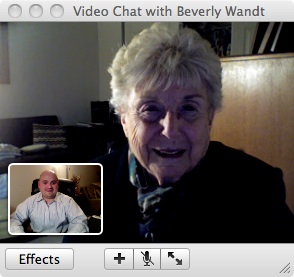 Not only students and younger generations use electronics on a daily basis; increasingly, those over 65 who grew up without much of modern technology are learning to use computers.  This can have long-term physical and mental health benefits, as several studies have suggested that elderly people who use computers can delay the onset of dementia.

I recently purchased my 82 year-old grandmother an iMac, primarily because I saw her mental capabilities begin to deteriorate.  It was the first time my grandmother had ever used a computer.  She had refused to purchase a computer in the past. I countered her resistance by purchasing her an iMac on my own, driving it to her house, and setting it up without her knowing.  Once it was set up in her living room, I said: “Grandma, see that new computer? It is the only way you will be able to find me soon. I will no longer being using the phone at all in the near future.* If you want to reach me, Skype and e-mail is the way to find me.”

On Safari’s top bookmark bar, I bookmarked six sites for her to explore: Google, CNN, The MET, Lincoln Center, my underwater photography website. and my Sister’s art site. I made it easy for her to find a few select websites, but then challenged her to learn to find more.

I also provided my Grandma with a one year “Apple One on One” gift card and left the rest up to her. I provided some assistance via desktop sharing (the most common problem was the disappearance of an icon from the dock or taskbar), but I purposely held back a lot of other requests for help to encourage her to become self sufficient.

While it took Grandma over a year to become self-sufficient, she can now e-mail and surf the web without assistance.  Over time, I have seen incredible improvements in my grandmother’s alertness.

Not only does the use of technology deter dementia, it aids mental health to stave off depression, a common occurrence in the elderly.  Technology allows people to communicate with their families who may not live nearby, and to pursue interests they may not be able to handle physically anymore.  Thus, my grandmother uses e-mail and Skype to communicate with her children and grandchildren who live all over the country.  She loves the arts and to travel, but is no longer physically capable of easily getting to museums and walking around for several hours, let alone travel overseas. Instead, she visits the Metropolitan Museum of Art, the Louvre and Russian Ballet right from her den. Last night I found out that my Grandmother uses Netflix for movie rentals; I was shocked.

My Grandmother originally told me she did not want a computer under any circumstance. Today, she does not know how she lived without one. I am happy with my decision to purchase her one. My Grandmother is a major part of my life, and to be able to give her a gift so special and life altering made the whole process well worth my time and effort.

I write this blog not from the perspective of a professor who works with technology, but as someone with 10 years of critical care experience and a former line officer and Deputy Chief for Advanced Life Support and Training of New York State’s largest all-volunteer EMS agency.

Here is some additional reading:

*To clarify: I stopped using my cellphone to talk when I got the iPhone. The iPhone is a crappy phone and using the phone was too frustrating, so I started texting and e-mailing instead. Overtime, this practice led to me almost never communicate by a cellphone call. Today I use an average of 30 minutes a month on my cellphone and most of that time is my doorman calling to tell me my food has arrived. I use an average of 2000 SMS messages a month and receive/send over 500 e-mails a week. I do not have a landline at home and have a policy of absolutely no voicemail on any device. I even went as far to turn off my voicemail at JJC. People can’t leave me a voicemail even if they want to. Today I received my iPad 3G, I would like to dump having a cellphone altogether, but I don’t know if this is realistic. Time will tell…

Grocery Shopping in Under 2 Minutes? Yup! Thanks to the iPad. 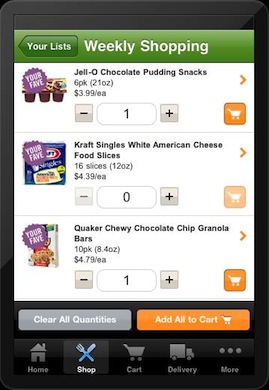 Something incredible just happened!  I went food shopping in under 2 minutes….. using my iPad.

Growing up, my mother would take me and my two siblings with her when she went grocery shopping. She would pile us three kids in the Dodge Grand Caravan; drive 10 minutes to Walbaum’s; go up and down each aisle checking things off her list; wait in the checkout line with multiple carts full of food; pile us (and the groceries) back in the Caravan; and drive the 10 minutes back home.  To my amazement, she always managed to single-handledly get us kids, and the groceries, back in the house and put away safely. We went shopping about once a week, and it took about 2 hours.

Just a moment ago, I picked up my iPad and launched the Fresh Direct application.  Using simple graphics, I slid my fingers down the list, selected items, selected a time for my groceries to be delivered directly to my doorstep, and paid for the groceries with my credit card. 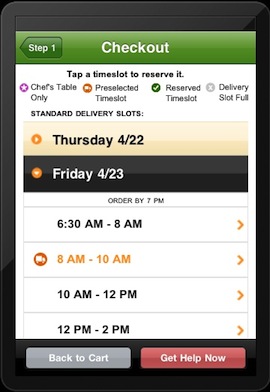 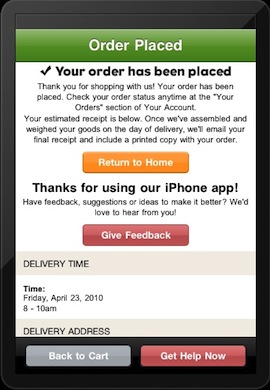